This past week, our whole world fell out beneath our feet. 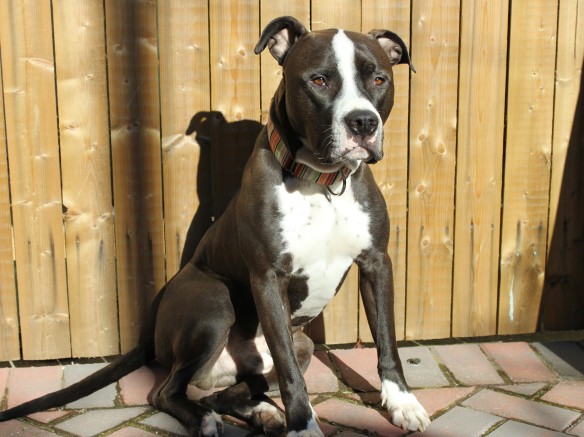 The love of our life and center of our universe (and without saying, the inspiration for this blog), became incredibly sick.  It came out of no where.  Without going into too much detail I will share what’s been going on (because so many of you have inquired).  Knox tested positive for a blood parasite called Mycoplasma Hemocanis.  This is usually dormant until something bigger is going on (autoimmune disease, cancer, no spleen, etc).  So despite the treatment with meds, he’s not responding and his blood is very low (incredibly anemic).  He’s had two blood transfusions at this point.  We may need to attempt a third but usually, that’s the max.

So that’s the update.  I want to say thank you, to you.  For caring and sharing.  For sending good thoughts, crossing fingers, toes, and paws.  For sending messages, leaving notes, and being here for us, virtually.  I’m amazing by the support we have received.  I know every dog is special to their owners, but this dog, our Knox, is special to a whole lot of people.  If I can’t toot his horn when he’s on death’s doorstep, when can I?! 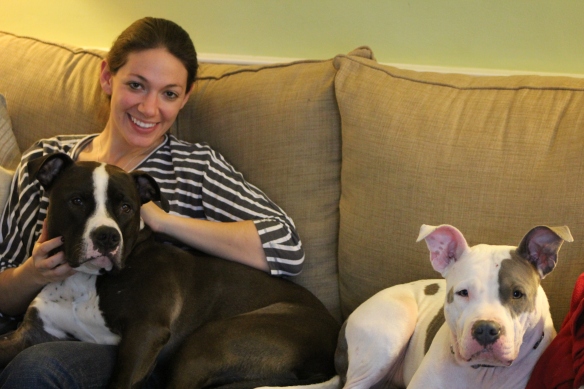 For us, well that’s easy…he’s completely changed our lives.

We went from young 20-somethings who wanting to rescue a dog, to two completely devoted owners who also are now completely devoted to this breed (which we didn’t know jack about before).  On May 17th, 2010 we brought home a “Baltimore Mutt” (aka a pit-mix) and had no idea how much of an influence he would have on us, on the world he lives in, the streets he walks, and the people he’d meet.  Not to mention the people whom he’d introduce us to (and it’s true, I now have dozens of friends, yes FRIENDS, which I never would have met if it wasn’t for our big-headed lug), and of course all the foster dogs who have made quite the impression on our hearts (and his).

In our eyes, this boy’s work is not yet done.  Yes he’s accomplished a nice long list in his short 20 months with us, but he’s got more to do, so we are wishing upon a star tonight that he makes it through this tough battle…

36 thoughts on “Wishing upon a star”