Where do I begin.  My Buddha.  The Ying to Knox’s Yang.  His perfect buddy.

We miss this handsome boy.  He was a riot.  I swear this dog had a sense of humor and found joy in making us laugh… which he did all the time.  He made me laugh.  How awesome to come home everyday not only to wagging tails and lots of love, but also to know that a canine will make you laugh out loud?!?  And how could I not miss that when it was gone? 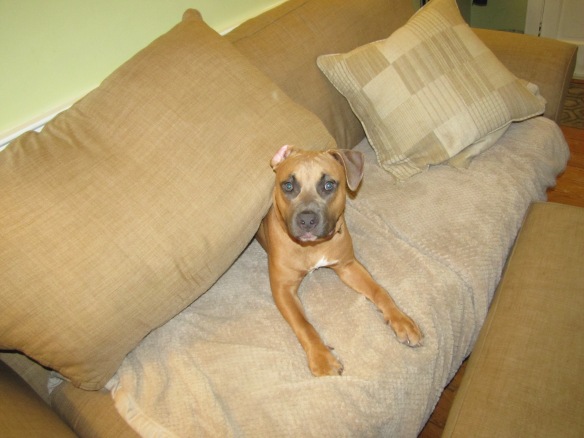 playing hide and seek in the cushions

He came to us just before labor day weekend and what I remember from that weekend, aside from the Baltimore Grand Prix, was dealing with his separation anxiety.  This poor pup screamed like I’ve never heard a dog scream when we left.  It was horrible.  Our goal for the weekend was to help the boy realize we were coming back.  And it was tough.  In and out, all weekend.  Five minutes here, 10 minutes there.  But by Monday morning he was doing a lot better.  I think the main reason was because we stuck his crate RIGHT next to Knox’s.

It must have been a bonding experience for both of them, because Buddha learned quickly when the humans left, at least he had his big-headed buddy Knox right next to him. 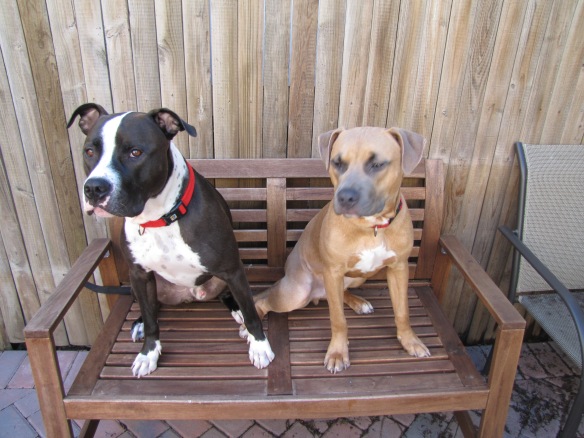 Buddha was all puppy in a bigboy body.  He flipped and flopped and squealed and wriggled.  He literally would throw himself over the side of the sofa, head first, on top of Knox… you could literally hear him saying “DIVE BOMB!!!!”  What a little boy.

Buddha is now living with a new mama as a single dog.  We weren’t sure how he’d do without a buddy but apparently he’s settled in just fine.  I’ll update you all as soon as hear from them.  Until then, we’ll be thinking of you BuddhaMan!  Knox misses you so much! 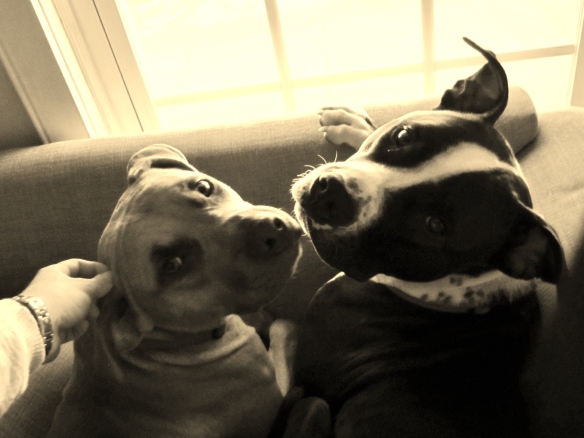 2 thoughts on “The Buddha Man”